12. Use of Evidence in Grant Programs

Did the state or any of its agencies (1) invest at least 50% of program funds in evidence-based solutions or (2) use evidence of effectiveness when allocating funds to eligible grantees (including local governments) from its five largest competitive and noncompetitive grant programs?

Requiring a portion of grant funds to be spent on evidence-based programs allows state governments to use and scale proven program models to achieve better results. 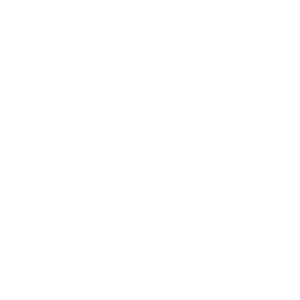 See the Investing for Results theme in the Blueprint to learn how states can make progress in meeting this criteria. 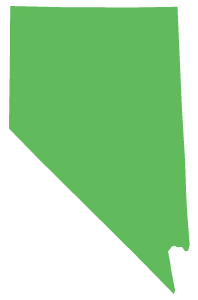 Since 2017, the Nevada Department of Education has allocated 100% of the state’s $9.5 million in federal Title I school improvement funds to districts and schools for interventions backed by strong, moderate, or promising evidence (using the top three tiers of evidence as defined by the federal Every Student Succeeds Act [ESSA]). This represented an increase over the approximately 15% of funds that had been allocated based on level of evidence in the 2016-2017 school year. Grant recipients may set aside funds to monitor and evaluate the identified evidence-based approaches to ensure the investments yield a positive impact on student outcomes.

Beginning in 2017, the Nevada Department of Education also began requiring school districts to invest awarded funds from two additional federal grant programs in interventions that meet one of the four tiers of evidence (strong, moderate, promising, and under evaluation) defined in ESSA: (1) ESSA Title IV-B ($9 million in 2017-2018), for the competitive 21st Century Community Learning Centers grants; and (2) ESSA Title IV-A grants ($9.4 million in federal funds to Nevada in 2017-2018 to increase students’ access to a well-rounded education), where applications with stronger evidence are considered for funding before other applications.

Starting in 2013, the Nevada State Legislature passed a series of laws with strong evidence requirements that aligned state education funding with ESSA’s tiered evidence definition. The following six programs require grantees to use interventions that meet one of the four ESSA evidence tiers (though supplemental curriculum and professional development must meet the top three tiers: strong, moderate, or promising):

In 2018, the Colorado Department of Education grant program for school improvement, Empowering Action for School Improvement, required schools to use evidence-based practices as defined by the federal Every Student Succeeds Act (ESSA). The application gives points for the use of evidence-based strategies, as well as past performance to applicants who are seeking to expand existing initiatives. Further, the Colorado Reading to Ensure Academic Development (READ) Act, amended in 2019, emphasizes the use of evidence-based instructional practices to support early literacy. It required use of program funds for external program evaluation; created a science-based early literacy block grant program of $2.5 million annually; and required districts receiving funds in the school year 2021-2022 to have K-3 teachers complete evidence-based training in teaching reading.

The Massachusetts Department of Elementary and Secondary Education distributes competitive federal funds through the School Redesign Grant to help districts improve their lowest-performing schools. The school and districts, in partnership with the state, develop a sustainable improvement plan, which guides the approach to rapid school improvement. The state requires that the plan, in order to meet both state and federal requirements, must incorporate at least one strategy backed by evidence that meets the criteria from one of the top three evidence tiers as defined by ESSA. The Department provides support to potential applicants on using evidence-based practices through its How Do We Know Initiative.

A 2019 Minnesota law created new grants to address the state’s opioid addiction and overdose epidemic. In 2020, 77% percent of the grant funding was invested in evidence-based services (promising or proven-effective), including medication-assisted treatment, naloxone, and peer support for substance abuse.

New Mexico’s 2019 Evidence and Research Based Funding Requests Act requires certain state agencies (selected annually by the state legislature) to “identify each sub-program as evidence-based, research-based, promising, or lacking evidence of effectiveness” and report on the amount allocated for each of these evidence tiers. As a result, in FY 2020, the Juvenile Justice Services program within the Department of Children, Youth and Families reported that 57% of its spending went to sub-programs that were evidence-based.

The Ohio Department of Higher Education’s Aspire program uses a performance-based funding contract for workforce readiness education providers. Grants,awarded in a three-year cycle (FY 2018-2021), require applicants to describe how the program uses rigorous research and evidence-based instruction (p. 24) and to demonstrate effectiveness through performance data (p. 8). Performance is measured annually, and funding is adjusted based on performance against established benchmarks.

A 2003 Oregon law provides a definition of evidence and states that the Oregon Department of Corrections, Oregon Youth Authority, Oregon Youth Development Division, and Oregon Health Authority divisions focused on mental health and addiction issues shall: (1) “spend at least 75% of state moneys that the agency receives for programs on evidence-based programs;” (2) perform cost-benefit analyses; and (3) compile a biennial program inventory with results from funded programs. As of 2018, the Youth Authority spent “90% of General Funds and almost 92% of total funds subject to Oregon’s Senate Bill 267 (SB267) on evidence-based programming” for FY 2017-2019.

A 2007 Tennessee law defined evidence and required that 100% of the state’s juvenile justice funding be evidence-based beginning in 2012, with the exception of pilot programs that are building the evidence basis for research or theory-based interventions. As a result, the Tennessee Department of Children’s Services’ 2017 Request for Proposal for juvenile justice services, which provides funding through 2020, noted that “the Department of Children’s Services is prohibited from expending state funds on any juvenile justice program…unless the program is evidence-based.”

Forty-five states allocate points for evidence in their AmeriCorps State grants. These state applications for AmeriCorps national service funds are modeled after the FY 2020 Notice of Funding Opportunity for AmeriCorps State and National grants operated by the Corporation for National and Community Service, the federal agency for service and volunteering. These states allocate up to 20 points (out of 100) for the level and quality of evidence proposed by the applicant to assess “the likelihood that the proposed intervention will lead to [the desired] outcomes.” In 2020, these state grants ranged from $338,964 in North Dakota to $45 million in California.